Artificial intelligence (AI) and machine learning are some of the hottest topics in technology right now, and they aren’t going away anytime soon.

Because these terms get thrown around all the time, it can be hard to separate the real innovations from the hype, so we decided to list our favorite AI and machine learning tools in one place – this article – so you can stay up-to-date on all the best developments in this space.

These are our 10 Best AI and Machine Learning Tools for Developers who want to use these technologies to build apps that are smarter than ever before.

Google launched AutoML in March to make it easier for developers who know a little about machine learning to develop complex neural network algorithms without having deep technical knowledge.

The service, which is offered as an API and on Google Cloud, makes it possible to build an image recognition system in only four lines of code; normally developing such systems takes weeks or months of work.

It’s not free—developers pay $20 per month per CPU core—but that still pales in comparison with other offerings.

A good alternative to Google’s offering is IBM Watson Studio, which allows you to train a wide range of machine learning models, including those that help with fraud detection, image recognition, speech-to-text translation, and more.

IBM’s Watson Studio is a one-stop-shop that aims to make it easy for coders to create apps that analyze natural language, process visual data, and learn from unstructured data.

This means Watson can be used to find connections in text that traditional search engines often miss.

You can quickly set up virtual development environments using a mix of tools like NodeJS and Python as well as drag-and-drop cognitive studio blocks that allow you to visualize insights from Watson’s massive body of knowledge without being an expert programmer. (Source: IBM)

The service isn’t free but you can always check out some of its functionality on IBM’s site.

Amazon SageMaker is a fully-managed service that allows you to quickly and easily build, train, and deploy machine learning models without having to worry about all of the infrastructure setups.

SageMaker takes care of the provisioning of clusters, storage, and every other detail that goes into building an ML model.

Once you’re up and running with your model in SageMaker, it offers a variety of ways to get your new ML model out into production at scale. This can be in less than a day!

Microsoft Azure offers cloud computing solutions that include machine learning tools, artificial intelligence (AI) solutions, big data analytics tools, and a wide variety of other tools that are ideal for businesses looking to integrate their programs with a range of different applications.

It is easy to integrate Microsoft Azure into your application in order to analyze user behavior or business logic by using powerful pre-built libraries.

For example, Microsoft Machine Learning can help you create predictive models based on the datasets you provide.

There is also an API library designed specifically to help developers get started with artificial intelligence solutions.

H2O.ai is an open-source machine learning platform that makes it easy to run predictive analytics at scale.

It includes a variety of algorithms like regression, clustering, and classification so you can apply machine learning to problems that are critical to your business.

An interface lets you use drag-and-drop functionality to build models that operate at scale in Hadoop or Spark with just a few clicks.

This means your data scientists can get up and running quickly on their projects without having to worry about configuring big data environments or writing code.

It also integrates with a wide variety of machine learning libraries so you can use tools your team is already familiar with.

AWS DeepLens consists of a camera with built-in Wi-Fi as well as local processing powered by Amazon Web Services (AWS).

With Amazon Rekognition Video built into AWS DeepLens, you can quickly process images from your camera live in streaming video from your home or office.

The IBM Watson Developer Cloud is a machine learning platform that can answer your questions, identify objects in images, and offer personalized insights based on your preferences.

It has a visual tool that allows users to create apps without having to code in C++ or Java.

One of Python’s biggest upsides is that it’s an incredibly popular language with tons of great tools and support, which makes data science so much easier.

For example, you can use Anaconda to pull in code packages like sci-kit-learn (for machine learning) or NumPy (for numerical analysis).

It also includes visualization libraries like Jupyter Notebook. Data scientists should be able to get started quickly with a library of over 1,000 Python data-science algorithms.

With easy setup on Mac OS X, Windows, Linux, or Docker containers, Anaconda puts all these tools at your fingertips. (Free trial)

Developed by Microsoft, KuduML is a powerful and easy-to-use tool that allows developers to implement machine learning models in any program with just one line of code.

KuduML doesn’t require complex frameworks or libraries in order to start using it. The best part about KuduML is that it allows developers to use their existing coding knowledge instead of forcing them to learn an entirely new way of approaching problems.

With its small footprint and simple command format, you can build your own machine learning algorithms in almost no time at all.

Every software developer needs a kickass text editor, so we’ll start there. RStudio Server Pro is an IDE (Integrated Development Environment) that also includes a data science environment complete with autocomplete functions and syntax highlighting that you can take online or offline.

It also comes with R-Studio, a toolset used to process large datasets on any device without having to download a huge file—perfect for processing big chunks of data on your phone!

Data scientists will be happy to know they can run both R commands in their browser and make use of Jupyter Notebooks, which let users create documents with codes, equations, visualizations, comments, and other features for writing code more easily. 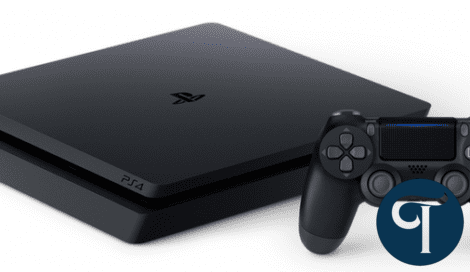